Spending this Valentine’s on the road? Looking for love but struggling to negotiate the cultural norms for striking up a conversation with that local babe at the bar? Allow the Go Overseas cupid to sort you out with the lowdown on crossing the International Date Line (if you catch our drift!). Love is in the air and we just couldn’t resist finding out all of the ways that we can share it.
It turns out that the game of love hasn’t always been as easy as creating your online dating profile or “putting a ring on it”. Regardless if your *true love* is traveling and learning about other cultures or not, read on for some of the most strange dating rituals over time from around the world.

Japan – The White Way ‘Round

In Japan, Valentine’s Day chocolate gifts are purchased by girls and given to the boys. Yes, you read that right! In return, the girls receive… nothing. However, if you’re a guy reading this and you’re thinking that the Japanese men have got it easy, be warned that exactly one month later, the Japanese celebrate a similar follow-up holiday called “White Day”. This time around, the chocolate giving and receiving is reversed; the guys have to buy the girls white chocolate if their feelings are mutual. All seems fair right? That is, until you learn that men are expected to spend twice as much on White Day as the girls do on Valentine’s Day. And you thought you could get away with it…

Been on a hundred dates and never managed to win them over? Copy the Romani and take matters into your own hands: kidnap your crush. For centuries, it was the tradition in Roma communities that if you manage to forcefully kidnap a girl and detain her for three days, she automatically becomes your wife. This may be self-explanatory, but in most modern societies this isn’t really acceptable (at least butter ’em up and take them on a few dates before you put a bag over their head). However, in traditional Roma culture, the guys quite literally bag the girl. * This method of dating not recommended by Go Overseas.

Austria – The Apple of my… Armpit?

Back in the days of yore in Austria, women used to rock up to the ballroom dance with slices of apple under their armpits. Not for any old reason though. When all of the lively music had finished and the dancing complete, the women would remove the sweaty apple slices from their armpits and hand them to the men they fancied (quite a way to break the ice!). If he fancied her back, the man would take a bite out of her sweet sweat-stained apple and, presumably, pretend not to grimace.

“Spooning” takes on a whole new meaning in this UK nation: whether you’re “the big or little one” matters not. In traditional Welsh culture, young lovebirds give and receive “lovespoons” as a symbol of their adoration. These wooden spoons are hand-carved and elaborate; young bachelors will spend hours intricately carving this most significant gift.

China – You Spin Me Right Round Baby (Right round!)!

Within China’s Dai ethnic group, courting is done around the bonfire. In this particular strand of Chinese culture, the women are seated around the fire spinning wool with their wheels until the men of the village begin serenading them. Additionally, their sweet songs are typically coupled with traditional dance forms. If a particular man sends a girl’s world spinning, she will pull out the stool from underneath her blanket of skirts and invite him to sit next to her. If one of the men is spun into a trance by a particularly beautiful woman, he will claim her as his own by taking the seat next to her and draping his blanket over her shoulders. And the crowd goes “Awwww.” 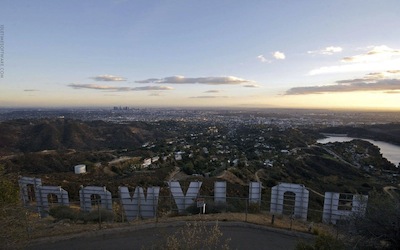 If Hollywood hasn’t already taught you enough about what it means to “Date in America”, then here are the Rules of Engagement. If you’re going for Sex in the City after date 1, then be warned: over 80% of singles wouldn’t allow you to Take Me Home. However, 45% of Americans claim to Just Go With It on a first date and enjoy a kiss.
After asking a gal “What’s Your Number”, only 6% of men admit to calling less than 24 hours after the first date with The Proposal for a second meeting. However, even before the 50 First Dates, 1/6 of young people will add their new dates on Facebook (just to see if they are Picture Perfect!).
Most Americans will until the first date to see if He’s Just Not That Into You, but It’s a Boy Girl Thing as to how long the realization takes – 31% of Harrys and Sallys agree they only need 15 minutes is long enough to see if they are Head Over Heels or in need of a Back-up Plan*.