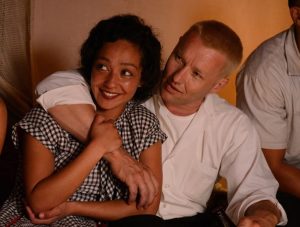 Love is a powerful force to bring people from different cultures and ethnicities together. But even as interracial couples become much more commonplace, there still are challenges to be aware of in our evolving world. As we all become more enlightened and understanding, we hope that the misguided ways of the past will disappear and be replaced by loving-kindness. The team at Valenti Matchmaking embraces love across different cultures and recommends this wonderful article by Zeba Blay about understanding interracial relationships.

7 Things Everyone Should Understand About Interracial Relationships

Nearly 50 years after Richard and Mildred Loving took on America’s anti-miscegenation laws, partners of different racial backgrounds no longer need to hide their relationships for fear of legal persecution. But while things have changed socially, there’s still a lot missing from the conversation surrounding interracial relationships.

The country has a long way to go in terms of racial discourse, period. In the case of interracial dating, there are still huge stereotypes, misconceptions, and presumptions about what it means to date someone with a different race. As a black woman dating a non-black (and non-white) man, I’ve become more and more aware of the way in which these stereotypes still dictate the way we think about — and talk about — interracial dating.

Below are some of things you should keep in mind when it comes to interracial relationships:

So much of the discourse surrounding interracial relationships seems to center on black and white couplings. These are the images we see most in the media cis white men with black women, or cis black men with white women. But we should bear in mind that there are all kinds of couplings in the interracial dating world that aren’t acknowledged nearly as much, and that interracial can mean a black woman with an Asian man. Sometimes, interracial couples may not even “look” like interracial couples, some multiracial people can read as “racially ambiguous,” or be mistaken for a certain race or ethnicity that they don’t identify with.  All these kinds of pairings come with a wholly different context and meaning, as do interracial couplings between people who aren’t heterosexual or cis. A broadened idea of what constitutes an interracial relationship also broadens the discussion.

Many questions some people in interracial relationships receive hinge on sex. Are black girls freakier than white girls? Are Asian girls more submissive? Who has the bigger penis, black men or Latino men? These kinds of questions only perpetuate racial stereotypes (regardless of whether they’re “positive” or not) and turn the idea of interracial dating into a kind of experiment or phase. While sex can be an important component of many people’s relationships, it shouldn’t be viewed as the primary motivation for any committed relationship, interracial or otherwise.

It’s universally wrong to fetishize a romantic partner to the exclusion of respecting them. As such, fetishization and sexualization in interracial relationships is wrong. Seeking out a relationship with Asian women because they’re supposedly submissive or black women because they’re “freaks,” in bed is not cool. ‘Mandigo’ and ‘Spicy Latin Lover’ stereotypes about men of color are also harmful. Notice that all of these stereotypes are sexualized, turning people into objects and ideas. Admiring the differences in a partner who is of a different race is fine. Turning those differences into things to be compartmentalized and sexualized? Not so much.

Amongst some members of the “team swirl” community,  there are those who think that the beauty of these interracial couplings signifies a better world. Well, while dating outside of your race might demonstrate that you are open-minded, at the end of the day, interracial relationships won’t necessarily “solve” racism. The growth of interracial relationships in the last 20 years certainly demonstrates that we’ve progressed towards accepting these kinds of relationships and racial equality overall, but we have a long way to go. In a perfect world, race would not be an issue, but it is, and it’s ok for interracial partners to acknowledge that. In fact, it’s encouraged.

The idea that a person of color who dates a white person is harboring some kind of self-hatred is a far too simplistic one. Of course, there are instances where issues of self-acceptance may be at play, but this is not a hard and fast rule. No, black men and women who date or marry white partners (especially after being with black people in the past) are not necessarily doing so for status or validation. There are a lot of reasons why people are attracted to other people. If a black person dates someone outside of their race, their “blackness” — and how they feel about it — should not automatically be called into question.

At the end of the day, interracial dating doesn’t always have to be a big deal. Which is to say, questions like “What will your parents think?” or “What about raising your kids in two different cultures?” might be a factor for some couples, but not all. Projecting expectations about what individual couples experience rather than allowing them to show and tell does nothing to move the conversation forward. An interracial relationship is, first and foremost, a relationship, not some big political statement. These couples are revolutionary by simply just being. Let interracial couples decide what being in an interracial relationship means to them.

The beauty in interracial relationships, and all relationships in general, is the opportunity to learn and grow from someone who might come from a different background and a different perspective for you. The colorblind approach of not seeing a partner’s race and understanding how that affects the way they navigate in a relationship isn’t the right way to go about it. Instead, being willing to speak frankly about race is key, it’s an opportunity for couples to become even more honest, more open, and most of all more aware.

previous
12 Reasons Why Couples Who Travel Together Have The Strongest Relationships
next
Spring has sprung, so does science say love is in the air?